When things go wrong on the Yarra, there is a special saying the Pros like to use to explain what happened. It’s a very short and simple phrase, yet it inspires a shake of the head and a smile every time it is uttered. 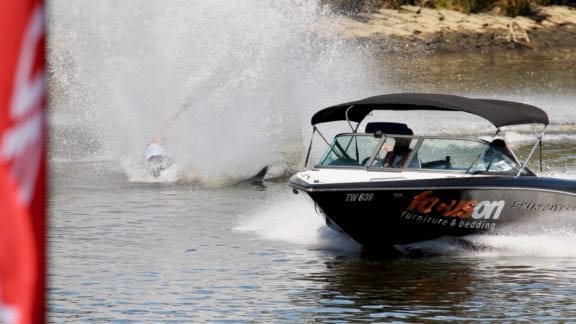 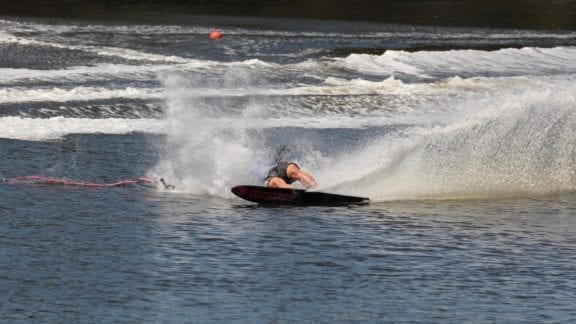 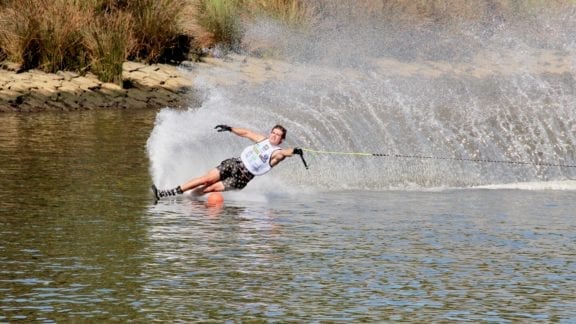 Although many of the veteran skiers were able to control the variables and the ever-changing conditions of the Yarra River, others fell to its traps. The most notable upset of the day was the “Bear”, Freddie Winter. Winter unfortunately had an equipment malfunction, causing him to eject from his binding at the first buoy at the 11-meter line length. He finished one spot out from the finals. Right behind him were two Moomba rookies, Dorien Llewellyn and Mario Mustafa, who both were a bit shell shocked by the difficult conditions. Mustafa seemed surprised, saying, “last night [for night slalom] I felt really good, but when I got out there today it was a completely different feeling”. Yet standout performances came from two of the youngest competitors of the day, namely Joel Poland and Jack Christie. Poland, another rookie on the river, was able to run 1 ½ buoys at the 11-meter line length, finishing just in front of Freddie Winter, and Christie, only 17 years of age, impressed many with 3 at 11-meters.

The trick preliminaries also proved difficult, with scores coming in lower than some skiers would have expected. Yet the dominance of Aliaksei Zharnasek continued, as “Ace” finished as the top seed heading into the semi-finals. Pato Font, who just won Jr. Moomba two days ago, also continued his own pattern of consistency, throwing down a huge score of 10,610 points to grab the second spot behind Ace. 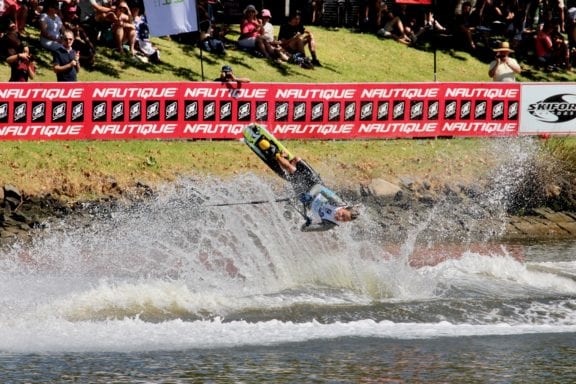 The Women’s semi-finals in slalom was a fight for one of 6 spots for the final. Whitney McClintock-Rini showed her confidence on the river, posting the same score from the preliminary round with 4 at 11. Alexandra Garcia made a big statement with a score of 1 at 11 meters. Not only a Jr. skier, but also a rookie on the river, she showed maturity beyond her years, grabbing the 6th spot into the finals on Monday.

The hometown hero, Joel Howley, brought the crowd to their feet during the night slalom event, tying for the lead with the ever-present Nate Smith. Both Howley and Smith tapped out the maximum of 4 allotted passes, running 6 buoys at the 10.75-meter rope length. Facing off in a head to head tie breaker, both men had the chance to break the course record at 10.25-meters. Once again Smith and Howley tied with 2.5 buoys and the event ended with two victors.

The final event was the second heat of the Men’s Night Jump. Proving their positions on the rankings, the top 3 seeded skiers, Dorien Llewellyn, Emille Ritter, and Rodrigo Miranda, all moved into the second round. Dorien jumped first, posting a score of 194 ft, which he didn’t think was enough to make the final round. Yet on his second jump, Ritter unfortunately crashed, leaving Miranda and Llewellyn in the one jump final round. Once again, Dorien was first on the water and going for broke, landed a 197 ft. jump. Miranda also took a big cut at the ramp, but wasn’t able to hold direction. Slipping off the top of the ramp, Miranda landed short and Dorien lifted his ski up in triumph. A big win for this first time Moomba Night Jump competitor. 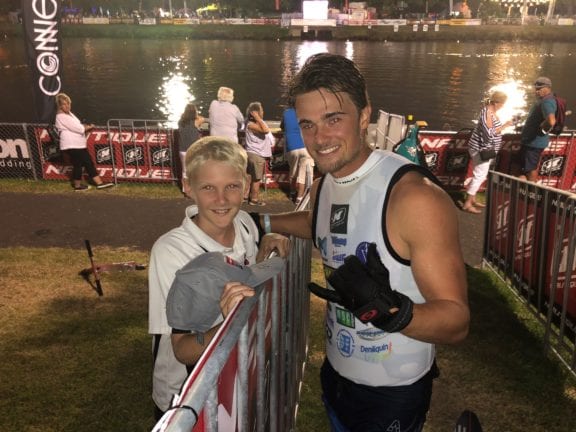 Check out all the Live webcast @