During the day the Worlds best jumper challenged each other for one of the top 4 spots to go under the lights for the 1st Action Pro Night Jump Crown. Even with a slight cross-tailwind Ryan Dodd (CAN) and Freddy Krueger (USA) banged their jumps out of the park, leaving the battle for the last two spots. Both Rodrigo Miranda (CHI) and Jack Critchley (GBR) claimed the spots with a tie at 67.2m (220ft). Adam Sedlmajer (CZE), Taylor Garcia (USA), Felipe Miranda (CHI), Scot Ellis (USA), Zack Worden (USA) where all within 3 feet of each other, but would not get to move on to the next round.

As the sun went down the party started, with MasterCraft bussing in dealers from around the world. Everyone was in awe to see the newly transformed USA Hall Of Fame building into the new state of the art Action Water Sports dealership. In VIP tents, enjoying food and drinks, the dealers were entertained by the top 4 jumpers under the lights.

Each skier got 3 jumps with Rodrigo setting the pace with a 64.7m (212ft) jump. Jack, knowing that Ryan and Freddy were on the dock behind him, he would need to go all out to grab a final spot. Jack posted a 68.9m (223ft) jump, furthering his round 1 daylight jump by 3ft, incredible in the dark. Freddy launched one and bettered Jack by 3 feet, posting a 68.9m (226ft) to take the lead, guaranteeing his spot in the finals.  Ryan dialed in just enough to edge out Jack by a foot, jumping 68.3m (224ft). Ryan opted not to take his last jump, so that he could go right back out, fresh for the head to head battle with Freddy.

Each jumper had two jumps in the final round. Ryan posted at 68.5m (225ft), which was not as far as Freddy’s prelim jump. Skiing back to the dock, Ryan was shaking his head knowing that he might have left the door open for Freddy. Freddy tried to put Ryan away on his 1st jump, but missed his “Freddy float” and came up short. With only one more jump, the excitement was felt through the big crowd. This crowd knew these jumpers were laying it on the line and they appreciated it! Freddy pushed hard, but could not equal his prelim jump and had to settle for second with a final jump of 67.4m (221ft).

If you did not get down the shores of Lake Grew, we hope you will enjoy some of the videos WWS has created. We will be adding more videos on this event, but seeing these daredevils fly over 220 ft in the dark in person is something you just have to witness first hand.

Just a reminder to our readers to make comments on the page, or on Action Water Sports, MasterCraft, GMC, SkiFluid social sites, as these events don’t happen without their support. With more engagement from the community and its dealers, these athletes could be flying in your backyard.

A special thanks to Freddy- director, all the judges, athletes, volunteers for stepping up and getting it done. Special, Special thanks to Kyle and Karyn Eade for hosting and pulling this event off! 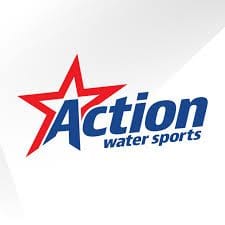 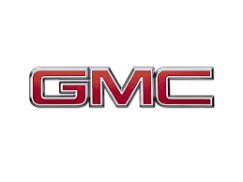