The fourth annual SportsInsurance.com Queen’s Cup is just around the corner, and with it comes skiers from across the country and beyond for the opportunity to ski on a world record lake for big scores, cash, prizes. And more.

The Queen’s Cup women’s slalom event, with a purse exceeding $10,000 in cash and prizes, is scheduled Sept. 21-22 at Little Mountain Lakes near Charlotte, N.C. The event is presented by SportsInsurance.com and area Nautique dealer Race City Marine of Mooresville, N.C.

Numerous other sponsors jump into the mix and treat the ladies competing like royalty.

Trish Burt of Florida is among those who have felt the love. She’ll be making her fourth trip to the event, which is for women ages 30 and older, of all skill levels. 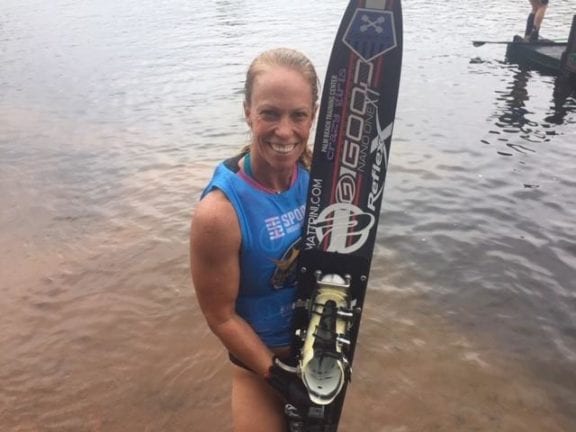 “This event creates so much excitement,” Burt said, “not just to compete as a water skier, but to come together with so many passionate, personally and professionally successful, and ultimately amazing women from all over North America.”

From the friendly, supportive atmosphere at the starting dock to the motivational Saturday night banquet, the Queen’s Cup is a unique event.

“The word camaraderie easily gets thrown into a comment like this,” Burt said. “We read it and think it’s ‘neat.’ Camaraderie. Yes! But the gift of experiencing genuine camaraderie is beyond description. Finding a group of individuals who truly get you is perfect.”

The event is designed to parallel the men’s Nautique Big Dawg World Tour and to give women the opportunity to take center stage at an elite event on a renowned lake. Little Mountain Lake is the site of numerous national and world records.

Regional, national and world champions are among the skiers entered, with some 15 national champions on the running order.

The event is open to any level, from first tournament to skiers in their 70s. Among those skiing this year are Hall of Famer Jennifer Leachman LaPoint of Florida and perennial national champion and record-setter Joy Kelley of Tennessee.

Skiers from throughout the United States as well as Europe, Australia and Canada competed in the first three Queen’s Cups. The top 16 skiers after two rounds of Saturday qualifying advance to Sunday’s head-to-head finals. Those outside the top 16 get a third round of skiing Sunday morning.

Cash and prizes are awarded to the top three skiers who most exceed their average scores Saturday, based on a handicap system, regardless of whether they advance to the Sweet 16, thus giving skiers of all levels multiple ways to win cash and prizes. 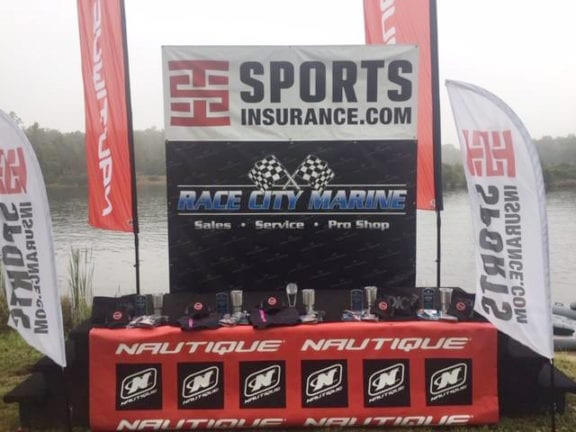 The most unique aspect of the Queen’s Cup is parity. All ages compete on equal footing, as boat speeds are taken out of the equation. For example, women whose maximum boat speed is 30 or 32 mph get the same buoy scores as those whose top speed is 34. A 28-off pass — or any other — counts the same at any boat speed.

That format propelled Kelley, 58 years old at the time, into the head-to-head final against 34-year-old Josefin Hirst at the inaugural Queen’s Cup in 2016. Kelley’s top boat speed was 32; Hirst’s was 34. Kelley defeated 34-mph skiers Brenda Baldwin and Chelsea Mills in the rounds of 8 and 4, before falling to Hirst in the final. Australian Vennesa Vieke, who trains and lives in Florida, won the 2017 crown, and tournament host skier Mills won in 2018.

The 2019 Queen’s Cup title is up for grabs. To enter, go to usawaterski.org for tournament information.

For sponsorship opportunities and other information on the Queen’s Cup, contact tournament director Jeff Gilbert at gilb41@hotmail.com.