POLK CITY, Fla., July 18, 2018 – USA Water Ski & Wake Sports is pleased to announce the hiring of Nate Boudreaux as the organization’s next executive director. Boudreaux, who will begin his new position with the national governing body of organized water skiing and wakeboarding in August, takes over for Bob Crowley, who announced his retirement earlier this year after eight years with the organization. 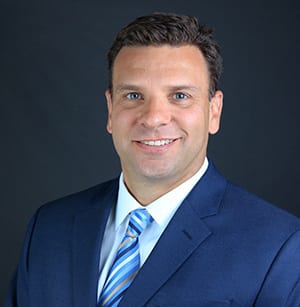 “I am confident Nate will work hard to make a smooth transition from Bob Crowley, who has been a stable rock of leadership in our organization,” said Tim Cullen, president of USA Water Ski & Wake Sports. “After receiving national, and even international, interest in the executive director position with many excellent candidates, we’re happy to have Nate join us. USA Water Ski & Wake Sports is at a critical juncture and will require an injection of energy, creativity and an inspiring leader who is capable of building on past success while spearheading the growth of our beloved organization.”

Boudreaux comes to USA Water Ski & Wake Sports after a four-year (2014-18) stint at the American College of Sports Medicine (ACSM), a non-profit organization made up of over 50,000 sports medicine and exercise professionals. At ACSM, he served as director of corporate partnerships and was responsible for driving new business and revenue streams, while also servicing a portfolio of more than 20 corporate partners. During his tenure at ACSM, Boudreaux increased sponsorship revenue by 64 percent and forged multi-year partnerships with major brands like adidas, Gatorade, Technogym and Polar.

“I’m excited for the opportunity to join a great organization like USA Water Ski & Wake Sports,” said Boudreaux, who prior to ACSM, spent nine years (2005-14) at USA Football, an independent non-profit organization endowed by the NFL that serves as the national governing body of youth and amateur football. “I look forward to working with the USA Water Ski & Wake Sports board of directors, as well as our 15,000 members, headquarters staff and sponsors to help take the organization to the next level.”

At USA Football, Boudreaux served in numerous management roles within marketing, communications and sponsorships. Most recently, he was the organization’s associate director of business development and partnership marketing. Boudreaux also spent four seasons (2002-05) in the NFL as the media relations coordinator with the Cleveland Browns. He also worked as media relations director for a pair of Arena Football League teams (Carolina Cobras, 2000-02; Florida Bobcats, 1999), and spent time in minor league baseball with the New Orleans Zephyrs (1997).

A graduate of Loyola University of New Orleans with a B.A. in communications, Boudreaux earned a post-graduate certificate in Sports Industry Essentials from Columbia University.

USA Water Ski & Wake Sports is affiliated with the International Waterski & Wakeboard Federation (world governing body) and is recognized by the United States Olympic Committee and Pan-American Sports Organization as the national governing body of organized water skiing and wakeboarding in the United States.Scott N. Atkinson