Buoys were chased, tricks were judged, jumps were plotted and in the end, 9 US Masters invitation letters were signed. While some Masters hopefuls left the Last Chance Qualifier with heavy hearts, the vast majority of skiers finished the long weekend with smiles on their faces.

As always, the Travers family and Sunset Lakes did not disappoint. Despite tropical depression weather rolling through Florida the entire week leading up to the Masters LCQ, the rain seemed to steer clear of the event. Friday’s slalom and first round of trick saw the most beautiful weather the last two weeks had seen. Robert Pigozzi took advantage of pristine conditions to beat the qualifying score of 3.25 at the 10.25-meter line with a full score of 4 buoys. All that was left was to wait and see if anyone could bump him from the qualifier’s throne. Cole McCormick impressed many with his 2.5 buoys at 10.25-meters, but even he could not take away Pigozzi’s Masters invitation. In the Junior event, Federico Jaramillo punched his ticket to the Jr. Men’s Slalom event with a score of 2 at the 10.75-meter line. Jaramillo, already invited to the Masters as a trick skier, will now also have the option to Jump at the Masters as an Overall Skier.

In the trick event Danylo Fil’chenko came out guns blazing in the first round with a huge score of 11460 points, well above the required 10915. Many of his fellow competitors were left dumbfounded by his massive toe run score of 5300 points. For comparison, Aliaxsei Zharnasek’s world record had a toe pass of 5000 points. Knowing they would have to go with everything they had, many of the other men’s trickers fell in the second round, yet Russell Gay gave Fil’chenko a couple nervous moments by standing up his two passes. In the end Dany could breath a sigh of relief as Russell finished with a score of 11370 points, just short of taking the lead.

In Women’s tricks, Giannina Bonnemann found her stride, posting a score of 9330 points, despite what is most likely a pulled ab muscle. She showed discomfort both in training and in the tournament, but the prestige of the Masters gave her strength to push through the pain.

Both Men and Women’s jump proved very exciting. In the Women’s event, Dominique “Dodo” Grodin-Allard and Hanna Straltsova tied with a score of 171 feet. In the second round, Canadian Taryn Grant would also jump 171 feet, but Dodo found a little extra lift to carry her to 172 feet, a new pending Canadian national record. In the end, both women believed they had missed their opportunity as Straltsova soared to a very impressive distance of 177 feet. Yet, in a shocking turn of events, all three women would be rewarded with Masters invitations. Straltsova won her invitation outright, Dodo was first in line as Marion Mathieu-Ellis’s spot opened with her withdrawal and Taryn wound up snagging the final available spot with the withdrawal of Whitney McClintock-Rini.

In the Men’s event, Zack Worden found an extra gear in the first round of competition with a 225-foot jump. Despite feeling confident with his score, Rodrigo “Toti” Miranda would challenge his lead, soaring to a new pending Chilean Record of 227 feet, which his brother Felipe “Pipe” Miranda previously held. Yet, Worden would yet again prove himself worthy of the Masters invitation with an equal 227-foot jump. While equal in feet, the meter measurement showed that Worden’s jump was in fact 0.2 meters farther than Toti’s, meaning Zack was the winner and had finally earned his spot back in the Masters.

All of us here at World Water Skiers would like to congratulate all the skiers this weekend, but also thank the volenteers who helped bring the event to the viewers around the world. Thank you to Raimond Chevalier, who braved the highest of the crane camera, Norm Lukas and Carter Lukas for their water level filming, as well as Josh Edwards, and Shawn Kraus and Even Kraus for manning the dock camera. Finally thank you to Hank Longo and Jarred Farraro for lending their time and voices to the webcast. 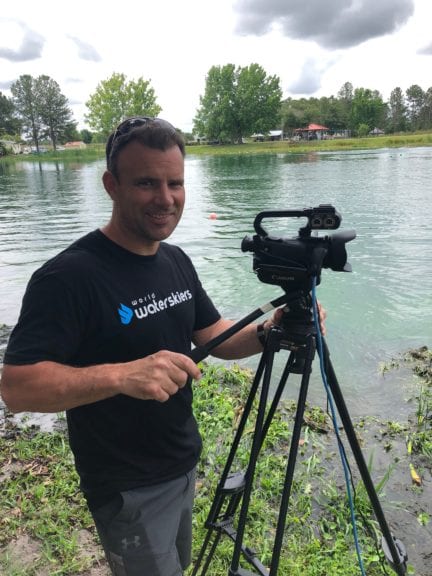 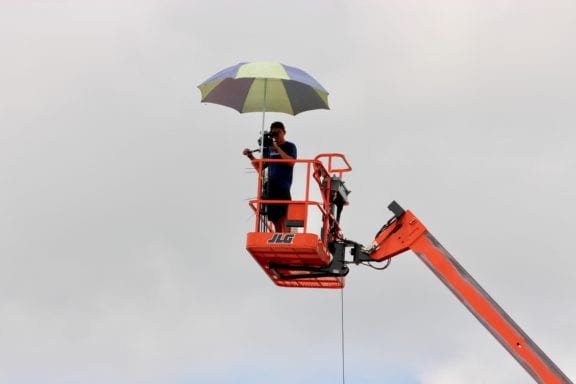 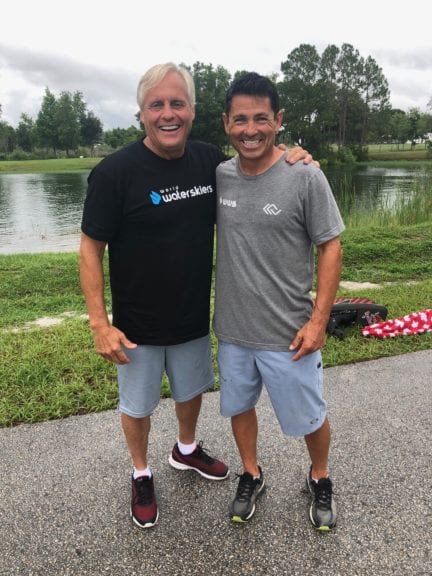 Of course a thank you for the LCQ could not be complete without including the most important family of the event. Therefore, we would like to extend the most sincere thank you to the Travers family. Jon Travers , Jack, Lelani, Chris, and Natalia Berdnikava are one of the families who truly embody the essence of our sport, which is the love and compassion we have as a waterski family both on and off the water. Thank you for being the best version of what the sport means.

Finally, good luck to everyone skiing in the Masters and watch out, 9 new faces just joined the lists and are looking to continue their hot streaks on Robin Lake this weekend.