Federico Jaramillo from Colombia won his country’s first ever IWWF World gold medal at the 2018 IWWF World Junior Waterski Championships held at the Sesena Waterski & Wakeboard Complex.  In the boys slalom final, Federico grinded out a historical win with 2.5 buoys on the 10.75 metre line, narrowly edging out Tim Tornquist (SWE) and Garrett Reese (USA) who both skied 2 @ 10.75 metres. 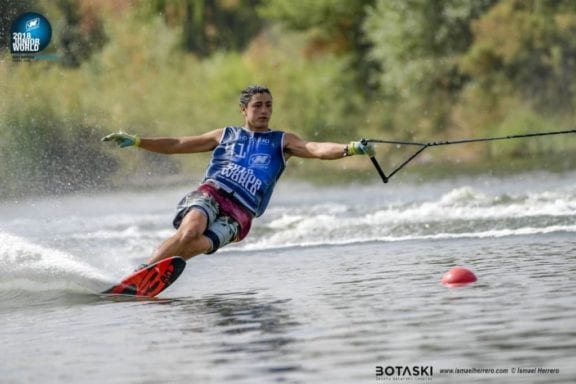 Having won the IWWF girls trick title the day before, Neilly Ross (CAN) had her sight set on another medal and posted the highest score of the day, 4.50 @ 11.25 metres, to win her second gold medal of the tournament. Luisa Jaramillo (COL) was a buoy and half short, 3 @ 11.25 metres, of making it a brother-sister gold medal photo moment and had to settle for a silver medal instead, followed by Alexandra Garcia (USA) winning the bronze medal with a score of 2.5 @ 11.25 metres. 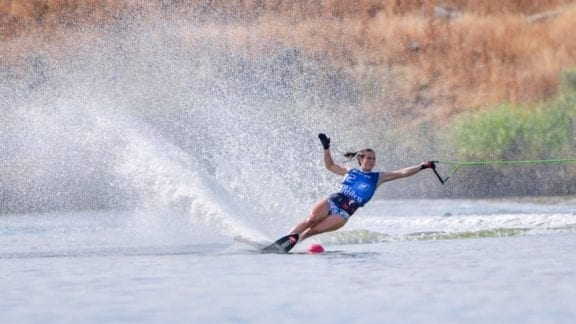 The last event of the day and of a very exciting event was the boys jump final with the top skiers all pumped up to jump far behind the Ski Nautique, IWWF’s Official World Waterski Championships towboat.  With seven skiers posting scores over 50 metres, top-seed Alexander Samoilov (UKR) let rip the longest jump of the tournament, 56 metres, to win the gold medal. The silver medal went to Blake Keller (USA) with a 55.2 metre jump and bronze to William Roberts (USA) 53.9 metres.