It’s with great pleasure that Jolly Ski and RadaR Skis have decided to combine efforts again and organize the second edition of the San Gervasio Junior Challenge!

This invitational event will feature the very best Junior skiers in the world, competing like Pros among the Pros.

The top 4 Under 17 Boys and Girls in the World will be selected according to the March 12th 2019 IWWF World Ranking, the day after Moomba Monday. These skiers will receive a formal invitation by Jolly Ski and RadaR Skis to compete for a total purse of $2,000, divided equally between Girls and Boys.

“I am so stoked we get to do this again!” says Matteo Luzzeri, San Gervasio Pro Am organizer and Pro skier. “The Inaugural Junior Challenge was a walloping success last year, with PBs and breathtaking head-to-head action by the best Girls and Boys in the World. These skiers perform and carry themselves as true professionals, and we at Jolly Ski are proud to provide a unique tournament experience for them.”
“After last year’s success, we knew it was something we wanted to continue!” says Brooks Wilson, RadaR Skis Brand Manager. “These skiers are at the pinnacle of their junior careers and it is awesome to give them the opportunity to ski alongside the pros in the same format.”

“I was very pleased with my invitation to this competition of the highest level” says Valeryia Trubskaya, the Winner of the Inaugural Junior Girls Challenge. “The organizers created ideal conditions for skiing, and broadcasted the action through a professional webcast and well-chosen announcers. It was a great experience to participate in this competition and interact with the world stars of our sport!”

“In my honest words, it was the best tournament I’ve ever been to.” says Griffin Stange, Winner of the Inaugural Junior Boys Challenge. “One of the most appealing things immediately was the guaranteed two rounds. When traveling over seas to compete it might seems not worth it for just one round of skiing, but at your tournament, I was guaranteed at least 2 rounds of skiing, which is a very appealing aspect. The tournament was run exactly how tournaments should run. It’s almost indescribable how wonderful the environment at this tournament was. I would recommend it to everyone who has the opportunity.”

Invited skiers will be selected according to the IWWF Weekly Ranking of Tuesday, March 12th 2019. Invited Junior athletes will not pay any entry fees and compete in the following format:
• One preliminary round on Saturday morning to determine head-to-head seeding.
• Bracket of 4 on Saturday early afternoon after first Pro qualification round.
• Bracket of 2 on Sunday early afternoon after Pro bracket of 8
• Cash price breakdown of $500 for first place, $300 for second, and $200 for third.

Invited Junior athletes will be recognized during the Skiers’ dinner meeting on Friday evening and handed their personalized bibs for the event.

Check out the format of this new and exciting event 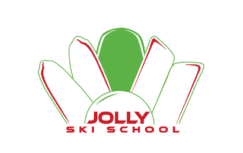